Harriet Martineau’s Deerbrook was a departure from Illustrations of Political Economy, but the novel retained her emphasis on social commentary. Deerbrook is a story about love and life in a rural English village that experiences upheaval and catastrophe.  However, the novel is mired in deep complexities of various, sometimes overlapping, love triangles and the toxic climate between Deerbrook’s residents.

As with my previous reading of Martineau’s work, I was immediately assaulted by the vast cast of characters. Martineau often presents characters with little or no actual introduction. The reader is left to figure out who belongs to whom and how they may be connected throughout the story. The principal characters get some description, but the supporting cast’s connection to people and events unwinds more slowly and, for me, was sometimes a challenge. I took to jotting down notes each time a new name presented itself and eventually stopped that practice because I either realized each minor character was either of little consequence or that I’d eventually be able to sort them out.

In this novel, the feud between the Rowlands and Greys, carried on almost exclusively by the matriarchs of those families, competes with the love stories that would take center stage if the plague of gossip and toxicity didn’t exist. Over the six hundred pages of the novel, the Ibbotson sisters and Mr. Hope are the victims of a lot of Mrs. Rowland’s venom, but Mrs. Grey is also responsible for her part in the conflict.  Martineau goes to great lengths to describe the hate and venom between the families and offsets it with the surprising amount of good will between the patriarchs of both families, both to one another and to Mr. Hope. Each man shows great kindness to Hope and Hope in turn remains a noble and honorable person throughout the novel.

Throughout the three volumes of the novel, it is hard to imagine a more vicious person than Mrs. Rowland, but for me the burning of Margaret’s letter to Philip after he breaks of their engagement was the most significant, shameful act of hatred Mrs. Rowland undertook. I thought Martineau did an excellent job allowing the reader into Rowland’s mind as she rationalized what she was doing and with her subsequent effort to get Mr. Rowland to remove the Hope family, his tenants, from the Corner House. This brief series of events damned Mrs. Rowland for the remainder of the novel for me, and although I felt sadness for her when Matilda died during the disease epidemic that swept through the village, I also thought it interesting that vile Mrs. Rowland lost her most benevolent child to the disease. I believe Martineau intended drive home the idea that the actions of the vilest among us often affect the most innocent people.

The disease that ravaged Deerbrook took a toll on both the reader and the village. Martineau went to great lengths to describe the mass casualty event and her reference to the endless tolling of bells announcing deaths and the persistent funeral trains, sometimes multiple trains simultaneously, clogging the street left little doubt of the severity of the calamity. It was also an opportunity for Martineau to cast Hope as the benevolent hero, the example of dignity and good will. Both Hester and Margaret also suffered through the events with dignity and Martineau placed them amongst the afflicted in an almost angelic light; unafraid and selflessly helping the sick and dying. And during this great suffering, Margaret is rewarded both with the recovery of her ring when the thief, on his deathbed returns it, and the return of her beloved Philip. Mrs. Rowland, in turn is punished with her humiliation as, in a last-ditch effort to appeal to God and repent, she confesses her actions to Philip and begs Hope to save her daughter. For me, this scene was the climax of the novel. All the venom and toxicity Mrs. Rowland visited upon those around her fall back down her through the loss of a child. As I read it, I thought that Martineau might allow Matilda to survive, but in making her point to condemn gossip she was merciless on Mrs. Rowland.

Unraveling the many complexities and events in Deerbrook’s six-hundred pages would take many more pages than I have available here, but the novel does accomplish a full arc. The drama and complexity of all of the love triangles are resolved. Hester and Edward can be expected to live happily ever after as the medical business becomes a partnership with Walcott. Margaret and Philip marry and move to London. The Rowlands and Greys achieve some sort of truce. Maria Young claims her place and happiness in solitude—which is likely an affirmation of Martineau’s own life choices.

I have to admit that Martineau’s writing is not high on my list of favorites, but I admit that the arc of the story and the outcomes were well executed. One of my favorite scenes in the novel was one of little consequence: when Jem Bird is sitting near the graveyard watching the near endless procession of townsfolk burials each day. This scene, his account of how Deerbrook got its name and how he was alone in the beginning and might be alone there in the end was an elegant piece of writing and I found it poignant. 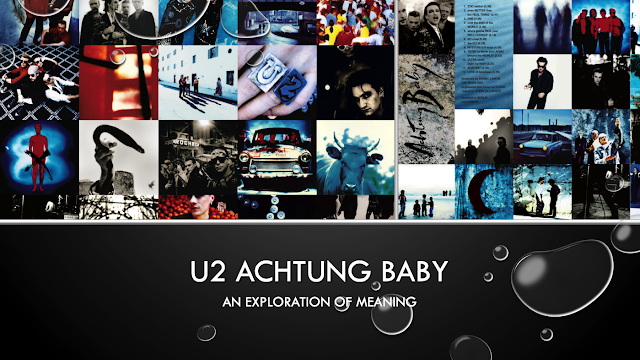 U2 Achtung Baby: An Exploration of Meaning (ENG 344) 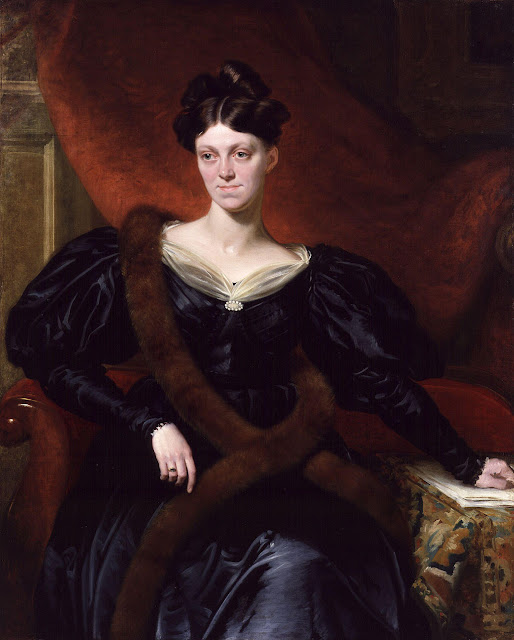